Media relations management: How to make hay while the sun shines 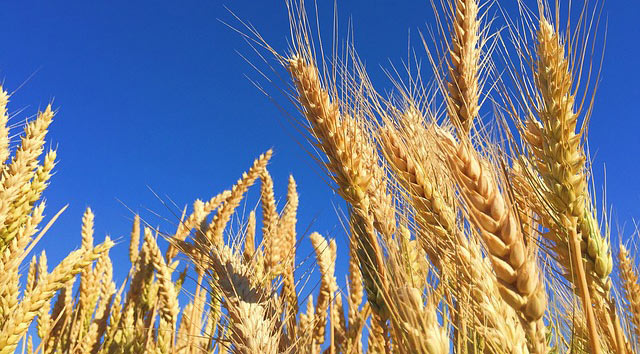 If the first time your company contacts the media is when you’re in a crisis then you’re probably already on the back foot.

It’s so much easier to get your message across when there’s mutual trust, especially during the critical period at the start of a crisis when journalists are at their hungriest.

So many companies put off their media relationship-building until the last minute when – with a modicum of planning beforehand – they could have established a decent relationship rather than attempt to broker a meaningful rapport at a time when the journalist may well assume that you’ve got something to hide.

Unlike 20 years ago, today your average local newspaper or radio station employs a fraction of the journalistic staff that it did in the 1990’s and they’re likely to shrink even further in the short to medium term future.

Although this means that journalistic resources are spread even thinner on the ground, in reality it also means there are more opportunities for companies to at least get their side of the story across in a more effective manner but only if they respond quickly across all platforms with the clear, concise and reliable messaging.

With journalists spread relatively thin on the ground, and across a range of platforms, there is arguably less time for senior journalists to concentrate on editorial tasks, so, particularly with local media, if your company gets its act together quickly and has key media relationships in place you will find it so much easier to establish your editorial priorities quickly and efficiently so that YOUR side of the story is established from the start of a breaking news story.

The goalposts have also changed in other ways too, certainly since I started at the BBC in the 1980’s in the days of smoky newsrooms and the rattle of typewriters.

Now you might only have one chance to get your message out as a story breaks so you need to ensure that it hits the bullseye as soon as possible because unless it’s a BIG story you will get fewer chances to help the reporter get your side of the issue right as he or she will be moved onto other stories such are the demands of the job.

First impressions count for so much when a news story breaks and you will have a very short window of opportunity to get your voice heard. Now news breaks on twitter and it’s so easy to be chasing a story in which your organisation is involved. The less you have to do this the better.

Your initial contact needs to be authoritative and written in plain, simple English that someone who doesn’t work in your sector will understand.

So as a matter of urgency your organisation should…

Try to get on first name terms with either the editor or a reporter at your local newspaper/website and radio station(s). Call them every few months for a catch-up phone chat or coffee.

Supply the various media organisations with items of news or feature interest on an occasional basis so you become a known and valued contributor; remember, they depend on your information for their survival and it’s not in their interest  to become a fake news hub.

A few DON’TS when going public

Be as helpful as possible when dealing with reporters but stay on your guard. Don’t get carried away by seeing your photo in the newspaper or your voice on the radio. It’s not a big deal and complacency will lead to errors and misjudgement.

I call it the Gerald Ratner effect.

Don’t try to write an article when you’re sending out a press release or statement – leave that to the journalist. Just get the facts out. In some instances – ok, quite a few- you’ll find some journalists will cut and paste what you’ve written anyway (and not always the bit you think is important).

Don’t get bogged down with unnecessary details .You don’t need to include every twist and turn of the story in the press release; include the main facts/ key points and then put in a line encouraging reporters to contact you for more information/clarification.

I feel slightly embarrassed writing this but it’s amazing how many companies forget to include sufficient contact details at the end of the release– names, e-mail, phone,out-of-hours contact.

If you’re not ready to make an official statement indicate when you will be and stick to the timescale. You don’t need to be rushed into a comment when there are no facts at hand but ‘No Comment’ suggests that you have something to hide and that you’re not an open, responsible and accountable organisation.

Don’t try to respond to every negative comment on social media – regularly updated generic information linked to your website in an authoritative way will help to establish you as a key source of reliable information.

Depending on the nature of the crisis it is critical that you get the language and the tone right. If anyone has been injured or worse, then your first priority when engaging with the media should always be to empathize with the people affected, the victims and their families.

Stray from this and you run the substantial risk that you will be perceived as an uncaring employer and whatever the reasons behind the crisis you will find it much more difficult to protect your reputation and recover from the setback.

You just have to look at much of the press coverage following the Grenfell Tower tragedy to see how badly things can go wrong as  South Kensington council have discovered.

The wrong messaging priorities could also store up problems for you in the future if it emerges that your company was negligent in any substantial way.

Most of this might seem as if it should be filed under the ‘bleedin’obvious’ category but in the heat of the moment as pressure is mounting it is so easy to let some of this slip.

It might well be obvious, but it’s also critically important.