Glossophobia – you know it makes sense

Glossophobia – you know it makes sense

I learned a new word today.

‘Glossophobia’ is a derivation of the Greek word ‘glossa’ meaning ‘speech’ and ‘phobia’ which is of course ‘fear’ or ‘anxiety’. (Macmillon Dictionary)

The word means ‘ a fear or anxiety about public-speaking’ – something most of us may well have experienced at one stage or another during our working lives, including Prince Harry.

The definition could be extended to being interviewed on the media whether for the first or one-hundredth time. Some people appear to be able to do it with ease while others feel and appear uncomfortable every time they’re thrust in front of a microphone. 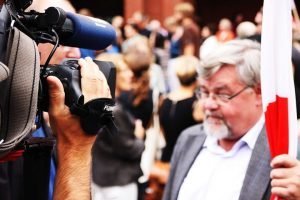 If you or a senior person in your organisation IS asked to appear on tv,radio or in a podcast it makes sense to approach it with a level of anxiety – in fact I’d be worried if you weren’t – but with a little help you can do so much to reduce the appearance of stress and concentrate on delivering your messsage in a clear and authoritative fashion.

Indeed one of the KEY messages of our media training workshops is that for most people public-speaking or media interviews should be acts of communication first and performance second.

Once this is taken on board you can do an awful lot to make sure that your key messages are understood by the audience  hopefully reducing stress in the process.

Say what you mean

In my experience many – maybe even most – people don’t like the sound of their own voice or their physical appearance when they appear on the media for the first time (or even the umpteenth time). Most of us tend to be hyper-critical when it comes to such self-examination. This even applies to some celebrities, many of whom have appeared on tv and radio all their working lives. While they appear to be relaxed, articulate and witty, many admit privately that they are a bag of nerves inside. Their trick is that they have managed to convince us that they are in control ; they are performing.

Most of us will not need to perform on the mass media at any stage of our lives so what we need to do is concentrate on the communication and not get hung up about accent, the number of times we say ‘you know’ or worry unduly about what the audience will think of us.

I’m doing some media coaching with a financial investment expert who is regularly on national tv in the USA. He is very smart and one of the most effective communicators in his area of expertise that I’ve ever seen.

He can explain complex financial issues with ease, in a user friendly way and can quickly summarise trends with pithy phrases, laced with humour and personal anecdotes – yeah, I hate him too ;) .

However (there is always a ‘however’, thankfully) for some time he was stressing about what some of his business colleagues were saying about him ‘waving his hands around too much on tv ‘, compared to the other guests on this primetime business slot. 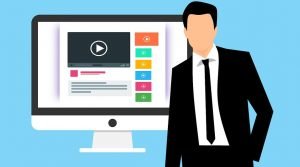 My media training advice to him was to more or less ignore what his friends were saying. In my view, his animated hands were a part of his communication skils – they helped to distinguish him from his more sedate co-experts and helped to illustrate his points extremely well.

TV is a visual medium after all.

Clearly in a 60 minute show he might have to curtail his hand-athletics considerably if they were in danger of distracting the audience from what he was saying, but for the majority of the time they are an asset. The producers of the show seem happy with his contributions (they keep asking him back) so his stressometer is now back to normal, he’s enjoying his appearances and his reputation at a go-to financial expert is flourishing.

Whether it’s a prime-time slot on network tv or a public-speaking engagement in your home town, the best way to prepare is practice OUT LOUD beforehand – ideally with someone whose judgement you trust and who you know will give you objective advice about what you’re doing right and where you need to improve.

It can be someone in your PR/Comms department, a trusted colleague or a media relations consultant but it’s essential that the feedback is objective and constructive and that the person concerned knows how the media works and what works best for you, given your character and communication skills.

There are many techniques and skills that can be picked up to make you a more effective performer wherever you’re asked to speak – each platform has its own set of rules and disciplines that will help you along your way.

This is true whether the context is good news (yes, the media does report positive stories!) or part of your crisis communications plan.

Crucially, your messages need to reflect your organisations wider comms strategy so that they chime with its values and professed behaviours.

Your aim should not be to become a network star overnight but to get get your key messages out into the public domain so that the audience -including your customers- understand your point of view and therfore your company moe effectively.

Your aim should be to become an effective communicator not a performer.

If you get this right, with time and experience the rest will follow. Even if you only ever appear in the media once it’s really important that you give a positive impression. And the chances of that happening will be significantly increased if you get a little help beforehand.