If you want an example of how communications should be managed effectively when a crisis occurs I suggest you look no further than Chester Zoo where a weekend destroyed much of the roof at the £40 million Monsoon Forest enclosure, potentially endangering the lives of staff and animals.

The organisation immediately realised the significance of the crisis and ensured that the public was kept in touch with developments via regular updates on their website with links promoted on social media. 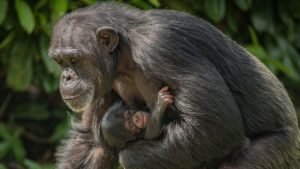 From the word ‘go’ Chester Zoo provided spokespeople for the key local and national broadcasters with update posted on its website.

In any crisis, liaison with key partner organisations is crucial and clearly in this case there needed to be  a close and strong relationship with Cheshire Fire Brigade and, to a lesser extent, the other emergency services.

Their crisis communications strategy seemed to be implemented with smooth efficiency for what was described by the zoo’s chief operating officer Jamie Christon as ‘one of the toughest days in Chester Zoo’s long history’.

In this case the main concern of the public as expressed on social media was for the safety of the staff and animals and Chester Zoo worked hard to ensure that clear messages were sent out as events developed.

In the midst of any fast-moving incident clear comms are essential and any factual errors which emerge must be quickly rectified.

Inevitably in such circumstances miscommunications can occur and the weekend incident was no exception.

As the events were unfolding and news of the fire spread Cheshire Fire and Rescue Service sent out a tweet proclaiming that all animals were safe and accounted for.

However this wasn’t the case.

I’m told by a reliable source that this was the result of miscommunication between the two organisations. Apparently Chester Zoo had informed the fire service that all ‘mammals’ were safe and accounted for but this had been misinterpreted as ‘animals’.

In reality, shrimps, fish, snakes, frogs and starlings were among the small number of species killed in the blaze.

As  soon as the error was realised the tweet was deleted and the correct information given out.

I point this out NOT to criticise the comms teams of either organisation but to show how a  genuine error of misinformation can occur, sometimes with dire consequences, although thankfully not in this case ; the good news being that no staff were injured and that the six organg-utans, four gibbons and eighteen macaques had been guided to safety.

The importance of trust

Over the years Chester Zoo has built up an excellent reputation with the press. In my previous role as an editor based in the North West I can recall a number of occasions when I’ve witnessed that co-operation at close quarters, whether it’s a rare bird that escaped, a new exotic animal introduced or to announce an expansion of services.

The zoo has been  a great source of positive news stories over the years and it relies on the press for publicity, so the relationship is one which is mutually beneficial.

This level of trust is well-established and forms an important foundation for when negative publicity occurs.

This trust is in turn shared by the public many of whom contacted the zoo,including people from overseas, to offer help, either financial or otherwise, to support the organisation in its hour of need.

A quick trawl through their twitter feed (@chesterzoo) is witness to this goodwill, which didn’t just spring up after news of the fire was publicised.

Only time will tell if this bond continues but at the moment it appears that if anything it’s likely to have been enhanced.

The public’s initial response was characterised by empathy quickly followed by offers of help. This is testament to the good will was already there and the bond which exists between the customers, the wider public and the zoo.

Staff at the zoo will no doubt continue to work hard to ensure that the transparancy and relationship with their customer base and the media will continue to be strong whatever the outcome of the fire investigation.

How would your customers react to your crisis?

Most organisations in the private or public sector (Chester Zoo is a registered charity) can only dream of the depth of good will that exists towards a long-established zoo like Chester.

Nevertheless this example may stand as a useful benchmark for your company to ask a handful of useful questions to the senior leadership team.

If the answer to any of the above questions is ‘I’m not sure’ or ‘No’, then get in touch with Mickord.com and we’ll help you make sure you’re well-equipped to deal with whatever crisis may hit you and that you have the skills and tools to navigate through the tough times, like Chester Zoo had to do on Saturday 15th December 2018.