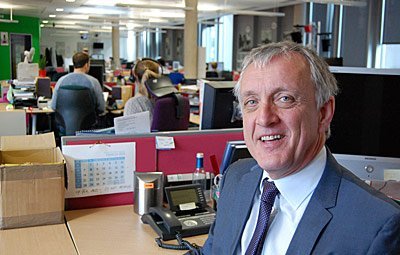 Having worked as a journalist and BBC manager for the past 30 years I know which stories are likely to be picked up by journalists and which will end up on the spike.

Crucially I understand the ways in which journalists think and function within television, radio and online teams; I understand how stories are chosen, what is required to make a story resonate and the editorial filters that exist prior to commission.

I have worked directly on a large number of big stories over the years, ranging from the Heysel Stadium disaster of 1985, the Hillsborough Tragedy,the Warrington Bomb, Liverpool’s successful bid for European Capital of Culture in 2008 and numerous political stories throughout my stewardship of BBC Radio Merseyside.

I have also directed high-profile BBC campaigns including BBC Voices in 2005 and Safer Internet Day in 2014. This has included close liaison with BBC programme-makers and stakeholders such as the British Library and major UK universities and charities.

During my time at the BBC my teams received numerous awards for our coverage of news stories and big landmark events and in 1990 I won the NUJ regional award for Journalist of the Year for my documentary on the Cheshire Regiment’s time in South Armagh,prior to the IRA ceasefire.

I am on first name terms with many of the top BBC producers working across all platforms and genres in national, regional and local networks. When I contact programme-makers with stories there is a mutual trust which is certainly not the case with most of my competitors; they are relationships which I treasure and which I am happy to build on for the benefit of mickord.com clients.

I work across the UK, Ireland & English-speaking countries

I’m based in Liverpool, UK, and as the former head of BBC Radio Merseyside and the BBC’s main representative on Merseyside and Cheshire, I have in-depth knowledge of these regions: